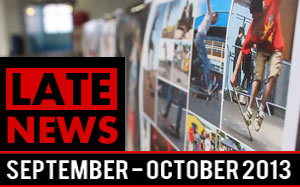 September and October have been big months for freestylers across the world, contest, demos and insane video parts popping up all over the place! We’ve gathered together some of the most prominent points from the last two months and put them all together into this handy little feature for your viewing pleasure!

The LateTricks headed down to London to put together a freestyle demo for the London Edge Show, bringing together some of the UK’s finest freestyling talent to show the industry just how far freestyle has come.

The demo received a steady flow of interested onlookers, excited to see something a little different on display. With incredible skating from multiple UK Champions Callum Bowran and Tony Gale, the freestyle demo struck a chord with the event’s exhibitors, who witnessed skating like they’d never seen it before: As did we!

One of the highlights of the event was being able to speak with various industry heads on a one-to-one basis, such as our friends from the World Championships PXL Clothing, streetwear company Rum Knuckles and the inspirational charity organisation Skateistan. At the end of the event, it was the general consensus that the demo was a success, with hopes that we could return to the event next year. Keep posted to Latetricks on facebook for more info on this as soon as we find out!

Firstly, if you haven’t already started following the newly revitalised F-Forum on Facebook, make sure you get on it! Secondly, make sure you look into the Community Freestyle Video Project that is gathering momentum amongst the group’s members. Lead by freestyler Daniel Trujillo, freestylers of the world are coming together to produce their own video parts for an upcoming full-length feature. Riders already agreeing to submit content include Turi Zoltan and Connor Burke, so if you’re interested in taking part, check out the group and register your interest.

Some of the top Japanese freestylers took to the streets over the last few months to put on several demos for excited freestyle fans. Riders featuring in the demos included Masahiro Fujii, Toshiaki Fujii, Moichi Suzuki and, inexplicably, Canada’s Ryan Brynelson! Some really great flowing freestyle went down across two major demos, also seeing the return of one of the world’s finest freestyle double acts. Check out the footage to see what we mean!

For those of you who caught the coverage from the LateTricks London freestyle demo, you may already know that LateTricks will be bringing freestyle to Romania in a big way in 2014. It’s still early days, but if we suggested you kept the 29th and 30th of March free in your calendar, it might be a good idea to do so…

The Annual freestyle video contest held by FS.com got underway in September, providing the rest of the world with some really great sections to watch. Stay posted to their website to get a full rundown of the sections in the next few months, but until then, here’s an amazing section from young Isamu Yamamoto, who is quickly becoming a real force to be reckoned with. 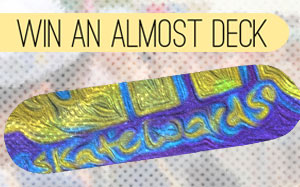 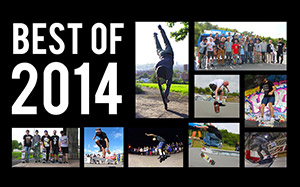