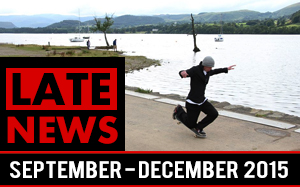 Despite the typically lousy weather, the final four months of 2015 still saw plenty of freestyle skateboarding action across the globe. With five contests, countless jams, demos and much more, the freestyle community ended 2015 in style.

First up was the 2nd contest of the Brazilian freestyle skateboarding season (3rd if you count the Big Rio Contest in January), taking place in Sao Paulo. The event was slightly hampered by poor weather, however was relocated to an indoor area and went ahead as planned.

Matheus Navarro skated with his typically solid and powerful style to take the top spot in the pro contest, followed by Rene Pereira and Brownzinho Mendes. Gustavo Kennedy skated flawlessly to dominate the amateur contest, up and comer Marcio Torres won the beginners contest and best trick contests and Rogerio Antigo took first place in the grand masters division.

Meanwhile, across the pond, Japan’s finest freestylers, along with a handful of freestylers from further afield, made their way to the Laketown outlet in Japan for the biggest Japanese freestyle contest of the year.

The pro contest followed the exciting ‘head to head’ format, with plenty of exciting closely fought battles. Having beaten Ryan Brynelson and Satoshi Kanagawa into third and fourth respectively, the final battle came down to Masahiro Fujii and Isamu Yamamoto. Despite a leg injury, Masahiro pulled through with a great technical run to take the win.

On October 10th, competitive freestyle returned to Philly once more for the 6th annual Freestyle Championships. Taking place at the Rizzo Rinks, freestylers were given the option to choose the length of their run, as opposed to the one minute run format from the previous year.

In a closely fought pro finals, Jesse Whalen, Mike Osterman and Connor Burke battled it out for the top three spots, with Jesse taking third, Mike in second and Connor taking his second consecutive victory with a perfect run.

On October 25th, the Japanese freestylers were back in action, making their way to the Wako Forest Park in Saitama, Japan, for the Futaba Cup. In the absence of the most recent contest winners Masahrio Fujii and Isamu Yamamoto, the pro and amateur contests were opened up for the taking.

Having skated consistently well throughout the year, Ikkei Nagao took his first contest win in the amateur division, Shouma Koizumi winning the beginner class, Tetsuji Noda taking the victory in the senior class and Sera Yinawaki winning the girls class.

In the professional contest, Hidemi Ohishi took first place with a brilliant run, followed by Moichi Suzuki in second and Masanori Yoshida in third. 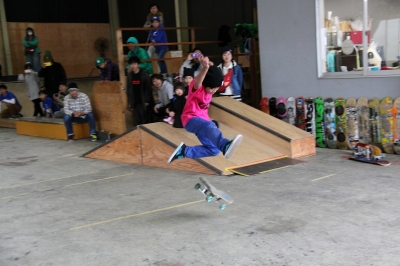 The final freestyle contest of the year was the long-running Wai Wai contest in Japan, which took place on the 6th of December.

Footage of the contest is yet to emerge online but we know that Solana Yamawaki took first place in the girl’s freestyle contest, Irma Toyota won the beginner contest and Kazuyoshi Nagao beat out tough competition to win the open class.

At UK Round Up freestyle contest earlier in the year, the world was introduced to the first ever skate contest designed for broadcast on Instagram – the Instagram Grand Slam. In the offline contest, Tony Gale took the victory, however all of the runs were uploaded to Instagram for the voting public to decide with their likes.

As the contest came to an end, it was revealed that Denham Hill and Alex Foster shared the contest victory, with Mark Andrew Goddard in third.

If you’re getting amped up for the 2016 contest season, check out all of the confirmed contest dates so far on the next page. 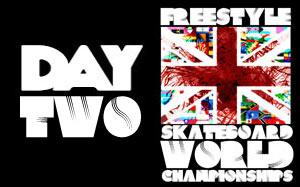 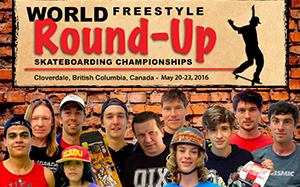 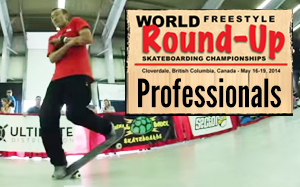