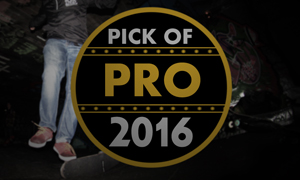 The life of a professional freestyle skateboarder is a curious thing. More often than not, the professional freestyler is no different to you or me. They wake up in the morning, they get ready and they head into work. If it’s a good day, they’ll even manage to do some skateboarding but it is very rare that this will have anything to do with their livelihood.

There are professional freestylers who are doctors, lawyers, web designers, administrators, office managers, students and much more. The likelihood is that their main source of income has absolutely nothing to do with skateboarding. In fact, the people that they surround themselves with may have no idea that underneath the suit, the overalls or whatever it may be, there is a master of freestyle in their midst.

So each year, we like to take some time out to honour these professional freestylers and share their gift with the world. Every single one of these skaters is a passionate, dedicated and incredibly talented individual whose love for freestyle knows no bounds.

2016 was an incredible year for the professional freestyle scene, which has grown in almost every conceivable way. We’ve looked back over the last 12 months to pick out some of the key individuals who excelled themselves, either through their stellar contest record, impressive video parts or just their own personal development.

So to you, the person who happens to be googling your friends, co-workers or boss to see what they get up to outside of work, spread the word; these guys are rad!

Having moved up into the pro ranks in 2015, Isamu started 2016 with a flourish of contest victories. By the end of March, Isamu had already won three contests; the Big Rio Freestyle Contest, Tsukuma Cup and Megane Cup. In May, Isamu threw down one of the finest routines in freestyle contest history during the World Round Up semi-finals, eventually taking 2nd place in the pro finals.

Throughout the year, Isamu travelled across the globe, performing in demos and making TV appearances, continuing to build on his impressive array of tricks and releasing several popular video parts. Going into 2017, Isamu is undoubtedly one to watch out for in contests across the globe.

One of the UK’s finest freestylers, Tony continued to build on his successful return to competitive freestyle throughout 2016, travelling as far as Germany, Sweden and Canada to compete in several of the world’s most prestigious contest and, to a lesser extent, the UK Round Up.

Skating with unparalleled speed and power, Tony took 5th at the World Round Up, 3rd in Paderborn and claimed his first major international contest victory at the Stockholm Freestyle Contest. In addition to his impressive contest performance, Tony continued to build up the Moonshine Freestyle team, Broken Fingers Zine and the Freestyle Podcast, contributing to the ongoing expansion of the freestyle community.

Connor has always skated solidly in contests, combining streetstyle-infused, fast and fluid skating with technical rolling tricks, so when he made the trip out to Vancouver to skate in his first World Round Up contest, there was no doubt it would be a spectacle to behold.

As expected, Connor put together several solid routines, culminating in a perfect run in the pro finals and his first international contest victory. Throughout the year, Connor’s unique style continued to reach a wider audience, with his heavy 2015 video part being re-released on the Ride Channel and a growing fanbase on Instagram, complemented by his ‘Skating Nothing’ montage in November.

One of Japan’s most prolific freestylers, Masahiro continued to play an important role in the development of the Japanese freestyle community throughout 2016, arranging jams and contests throughout the year. Masahiro also put together several solid contest routines, winning the All Japan Freestyle Head-to-Head contest and earning 2nd in the Tsukuma Cup.

2016 was another successful year for the most prominent freestylers of the last three decades. The year began with Gunter taking 2nd place at the Big Rio Freestyle Contest, followed by a 4th place performance at the World Round Up and a 1st place victory in Paderborn.

In addition to a solid 3rd place performance at the World Round Up, Mike spent 2016 carving out a successful career as a YouTuber, building up a significant number of subscribers and working with several other popular YouTube skateboarders, including Andy Schrock, Brett Novak and Nigel Alexander.

Matheus is a powerhouse of the Brazilian freestyle scene and a prolific winner of contests. Amongst his many achievements this year, Matheus won the Old School Skateboard Contest in Brazil and the longest coco wheelie contest at the World Round Up with a mammoth 78ft effort.

In 2016, Felix joined the Moonshine Skateboards pro team and set about travelling to as many contests as possible across the globe, starting with the World Round Up in May. As the year progressed, Felix continued to climb the ranks, winning his first professional contest in Philly at the 2016 US Championships.

The professional freestyle scene has evolved considerably over the last twelve months with many of the world’s top amateurs climbing the ranks and wreaking havoc on the contest scene. We’d love to hear your thoughts on the top pro freestylers from 2016, so feel free to join the discussion on the LateTricks Facebook page and stay posted for our pick of the top amateurs. 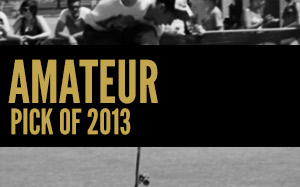 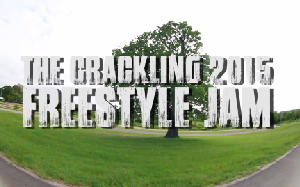