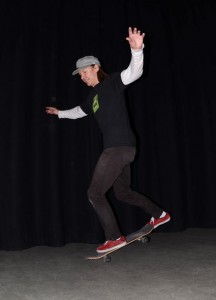 Lillis is a true freestyle veteran. Competing in freestyle contests for over 25 years, Lillis has travelled the world amazing crowds with fluent stylish footwork, smooth skating and a tech trick or two. In addition to the contest results listed above, Lillis has been Swedish Champion at least 15 times and has also won the Swedish freestyle cup many times